Fashion Week is this peculiar circus with a cornucopia hidden somewhere, we don’t know where it is but we are sure that it exists. It has to, right?

I have never followed the big four quite like I did this season and even though I have probably analysed and written about all that I could – trendwise; there’s always the 16374 billion opinions bursting from my brain. Starting with Nostalgia! Oh my god, if I have to write about another 80s or 70s inspired trend, I’m going to… do nothing because I know I will have to write about it. Designers are taking the 4Rs we learnt in school a little too seriously and I’m not complaining but its becoming a bit extra imo. 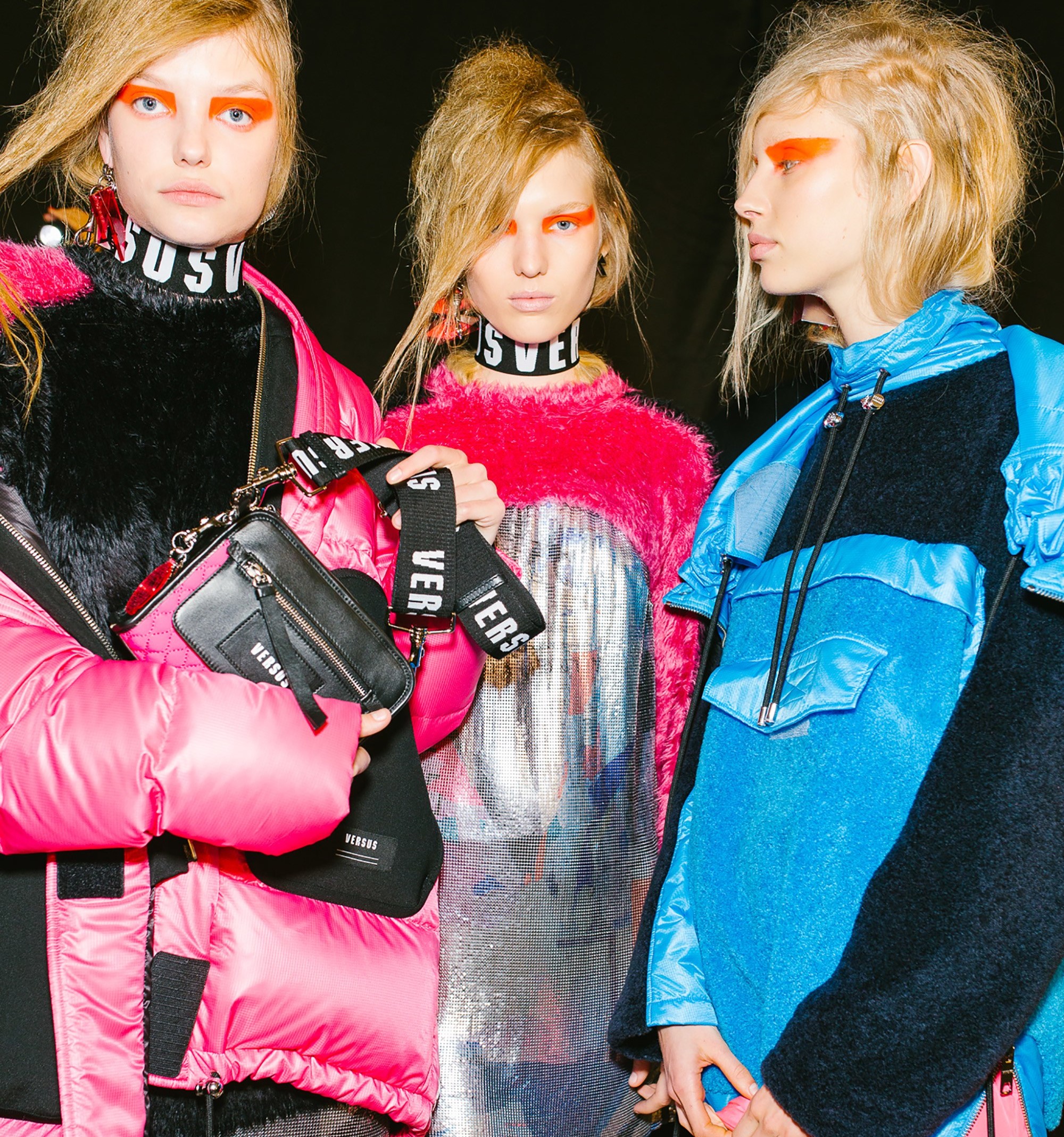 Maybe that is not a bad thing if you’re a hoarder and you have all your things from the 80s and 90s anyway. Or if you know someone who does, since we’re already known to ‘borrow from the boys’ so why not extend the discomfort to literally everyone you know. This isn’t just a fashion trend though, apparently it is called the nostalgic pendulum meaning that pop culture trends  tend to repeat themselves after a cycle of 30 years or so because nothing speaks comfort quite like the romanticization of the past. Plus cashing in on people’s feelings and memories is basically what its all about, right? 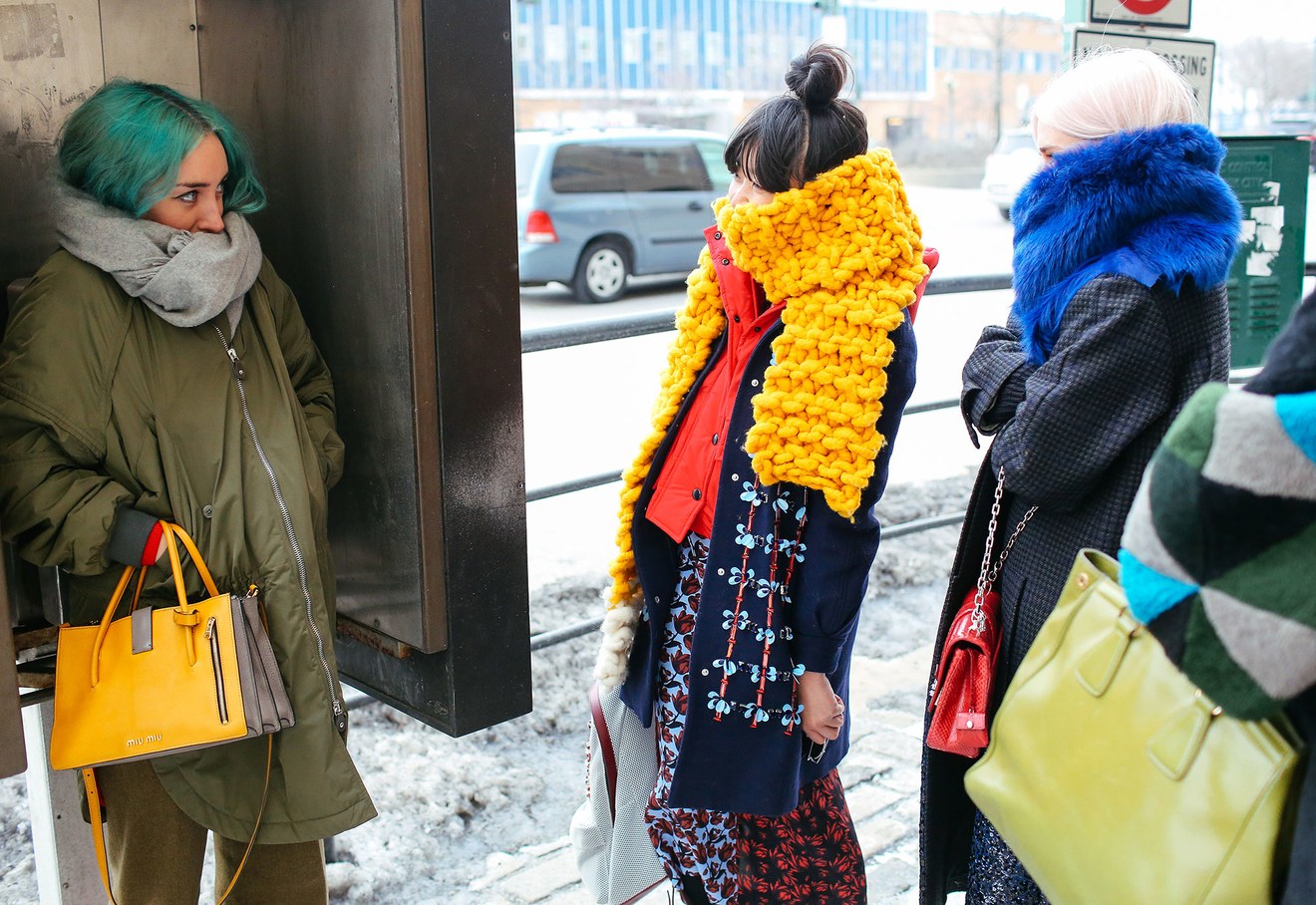 Incidentally, comfort was pretty much the biggest whoop of the season. Be it the soft fabrics or the rounded, oversized silhouettes and slouchy pants. I greatly appreciate this on a personal level for lazy folks like myself but I am not wasting anymore words on it because that will kind of refute the whole point of it.

What I can’t write enough about is *drum roll* – POCKETS! It is one of those elements of fashion design that is so crucial yet so ignored for the longest time. I have always had people ask me why can’t your clothes have bigger pockets, especially from boys who have had to hold my things on many occasions. To which I gladly reply annotating the political history of pockets and how women were never deemed worthy of them because society believed they were not doing anything important enough to need, you know pockets. They have hands and isn’t a blessing enough? However, seeing all the oversized statement pockets and bumbags on the runway this season, I’m really hoping that some of the shock will trickle down to the mass market stock and I will have one less fashion problem to cry about. 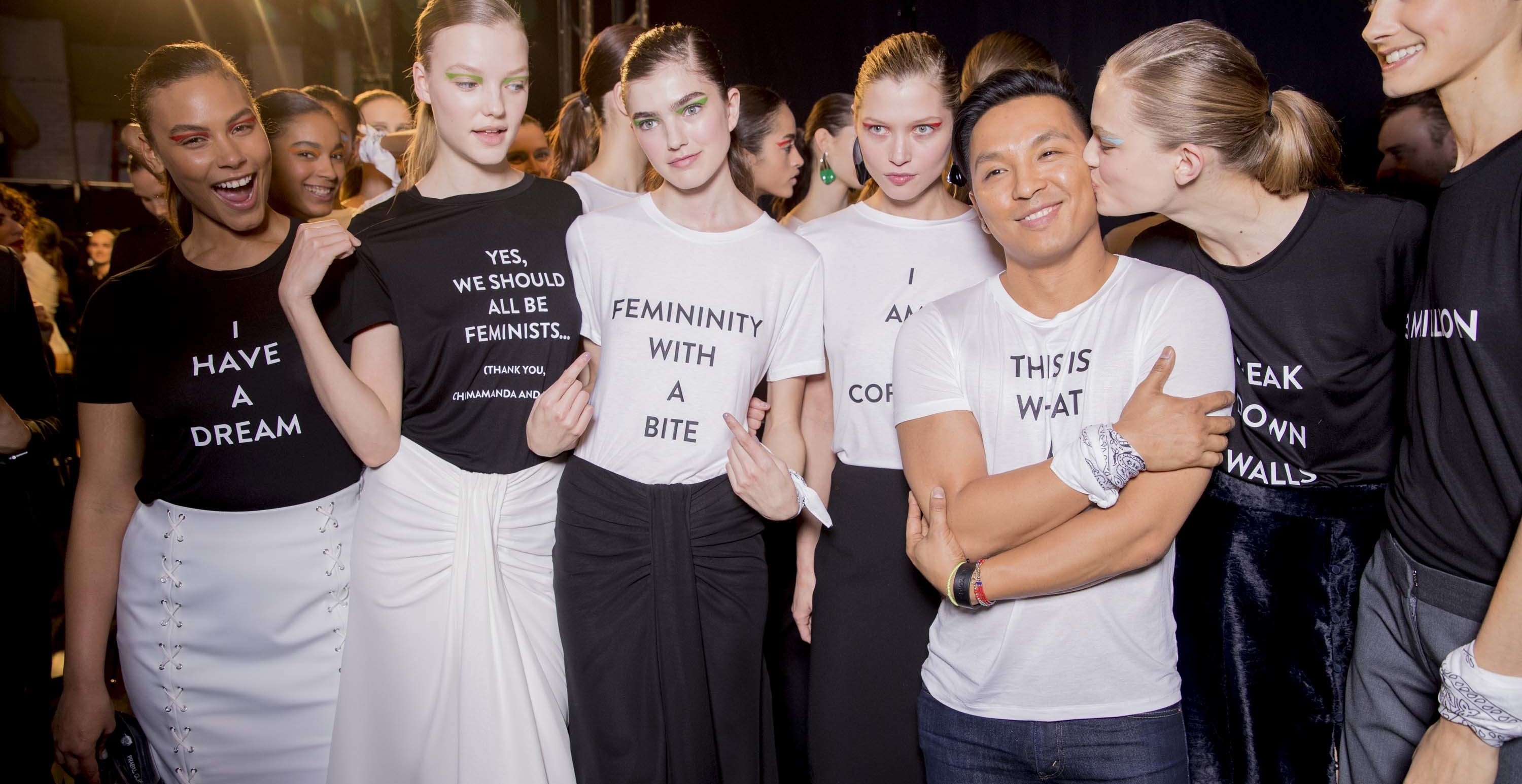 Moving onto more politics because is there ever enough politics, we have fashion’s continued obsession with Activism. Now, I don’t know if it is because all of a sudden every design house has become majorly woke or it is just the perfect business move in the current political atmosphere. Take a widely accepted slogan and slap it on a designer t-shirt and bam, you can pocket your 350$ right away. (You even have the big pockets to facilitate that now.) 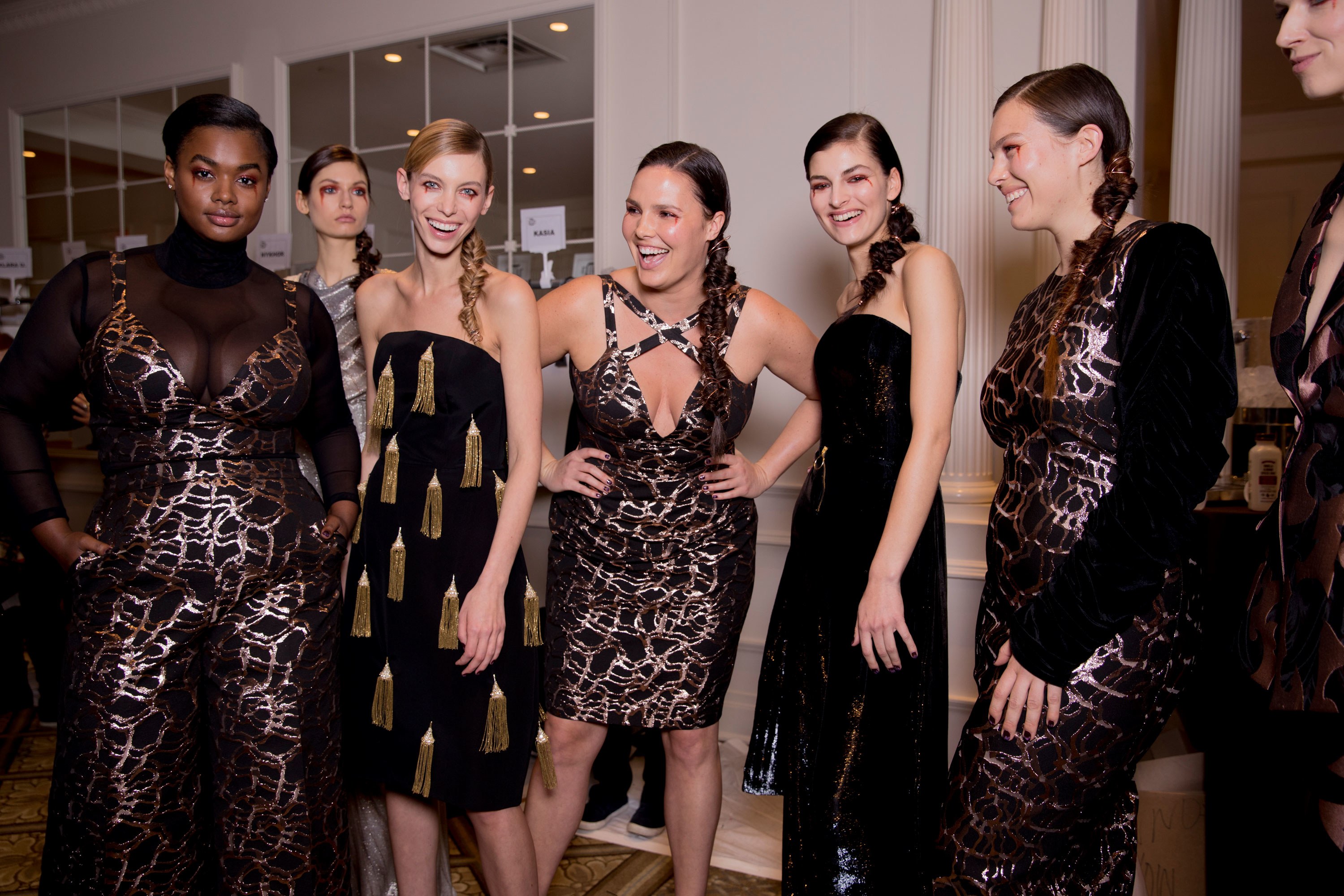 Last but definitely the best thing about this season was just the inclusivity. Designers cast a much a diverse group of models not just in terms of race and age groups but sizes as well! Fashion is finally paying attention to Plus Size segments (as problematic as that word is, I’m sorry but I don’t have a substitute yet!) both in shows and in retail. Nike launched a hijab collection and a well marketed plus size line; becoming a sort of launch pad for conversation and controversies galore. Fashion has never had to deal with a more social aware and (mostly) pseudo-ethical consumer than it is faced with right now. 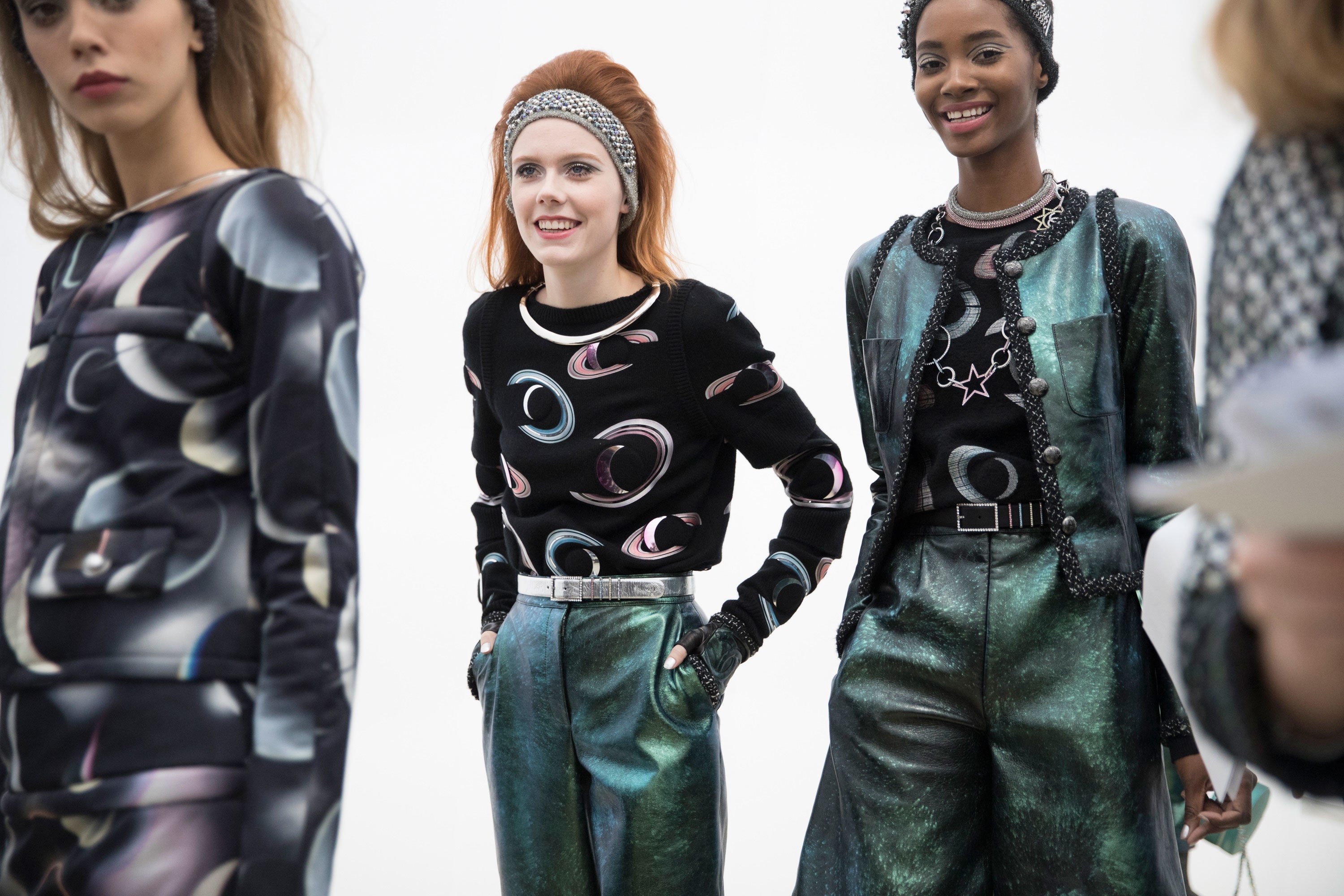 Simply put, creativity is intermingled with strong emotions and apocalypse does not seem that scary anymore and designers would rather design clothes for the moon than for people on this doomed planet that we inhabit.

(All images are sourced from Vogue.com)